Daryl’s own path from Ivy-league lawyer to education-entrepreneur stemmed from following his desire to find work that was both meaningful and practical. This background creates the most significant counseling differentiation between Daryl and other career counselors. Specifically, many clients come to Daryl after having experienced frustration with other career counselors who spoke in generalities about “finding your passion” and “doing what you love” but who could not help craft a practical plan for doing either. Daryl combines his deep expertise in personality profiling tools (career tests) with a real world understanding of the new world of work to help his career counseling clients.

While Daryl is an idealist by nature, his background is grounded in the real world. As an attorney, Daryl worked and served on hiring committees of various private and public organizations. For that reason, he understands how organizations hire. As the CEO of The Learning Consultants, the largest private education consultancy in Connecticut, Daryl is involved in reviewing and hiring applicants on a weekly basis. Most importantly, Daryl has been providing career counseling services for over a decade.

Paul Borgese is one of the foremost authorities on how to create businesses in the New World of Work.  Paul has held CEO positions in several new media companies, most notably NewsFlashNews and EyeCatcher Media. Paul is an international speaker, consultant and best-selling author on topics including leadership, sales, marketing and global business strategy. Paul has worked on marketing and business development initiatives with a wide range of organizations, including: Google, Yahoo!, Microsoft, J.P. Morgan Chase, American Express, Merrill Lynch, McKinsey & Company, IBM, The Wall Street Journal Online, eMusic, The Paris Chamber of Commerce, The Associated Press, and the Federal Reserve System.

Paul also sits on the boards of: (1) the Ironbound Film and Television Studios, which is owned by Prudential Insurance; (2) the children’s charity, Books for Kids; and (3) the National Dog Cancer Foundation.

He also holds master’s degrees from Cambridge University in England, where he was a British Marshall Scholar, the University of Pennsylvania Fels School, and the New York University Business School. 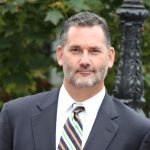 For the last twenty years Rob has held roles of increasing responsibility in sales, sales training, marketing, management, and executive leadership in the medical device industry.  These roles have been with both large global organizations and small venture backed start-ups.

With extensive experience in navigating career paths in a changing world, Rob combines his knowledge and the use of self discovery tools to customize a plan for each client.  Thereafter, Rob provides career counseling so that each client can increase their personal effectiveness and realize their potential.

Rob continues to work as an executive in the health care industry, directing the careers of employees as well as interviewing  hundreds  of  candidates each year.  Rob is a local community leader and serves on  several boards.  Each summer Rob teaches Leadership to college student leaders through the Alpha Chi Rho Educational Foundation’s
Leadership Scholarship Institute. Rob holds a master’s degree in Organizational Leadership from Quinnipiac University.